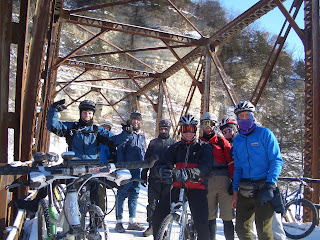 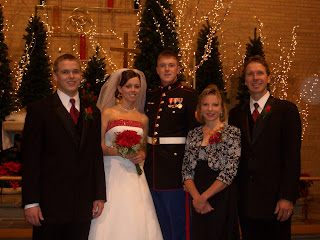 December 20th we arrived in Minneapolis for a 13 day lay-over. What brought us back to the midwest? Our son, John´s, wedding! After celebrating Christmas in Medford, WI with my family we headed to Decorah for the start of the wedding festivities. There was alot of hussle and bussle prior to the wedding. The wedding took place on Saturday, December 29with no worries. Molly´s white and red wedding dress, the bridesmaids´ red dresses, the candles, lights and poinsettas in the church along with the Marine presentation was the perfect combination for a very beautiful and moving ceremony. Ward and I are very happy to have Molly a part of our family. We would also like to thank the budwegs (all the Budwegs made it to roll call), the Spreens and our friends for sharing this special moment with us.

Still no time for zzzs. We celebrated bringing in the new year with the Putnams, Schweinefuses and Rockweilers and then participated in the annual New Years´ Day bike ride to Bluffton. Unfortunately the temperatures decided to drop below zero degrees windchill which made "warm skin" cream accompanied with sanity a must.

It was a VERY good visit and great to see everyone but now its time for warmer weather. Costa Rica here we come.
Posted by Ward and Jacky's Adventures at 2:47 PM No comments:

The First Chapter of Our Trip is Completed...Europe and Africa

On December 12 we returned to Spain to pick up our bikes and gear that we had stored while we were in Rwanda. Then we headed south...yes, back to Africa. We biked to Tarife, Spain and took the ferry to Tangere, Morocco. The Muslim community gave us a very different experience than our prior African experience in Rwanda. Many people were very persistent and eager to help us. Once I kindly and firmly asked them to quite following us they receded. A large percentage wear the traditional Muslim dress, scarves and cloaks. The numerous open markets offer a variety of items ranging from scarves to fruit to meat products. As a dietitian I had a bit of a problem with the unrefrigerated raw meat hanging from the booths openly exposed to the heat and flies. We enjoyed the tradional local foods but made sure everything we ate was cooked!

After Morocco we returned to Spain and biked to Lisbon, Portugal. We noticed people in Spain and Portugal don´t decorate for Christmas as extravagantly as Americans but they do have the "chestnuts roasting on an open fire" at every street corner.

We made alot of new friends in Europe and Africa and have learnt that people are people...no matter what their religion is, the color of their skin or the language that they speak. Everybody has a heart and almost everybody wants to help. We won´t be able to repay these people for their kindness because it was pricelss. But, we can pay it forward. Thanks Europe and Africa for an unbelievable 6 months!

Please see our e-group for a more detailed report of this portion of our trip. If you are having problems receiving our e-groups please email us and we will email the egroup to you directly.
Posted by Ward and Jacky's Adventures at 2:16 PM No comments: 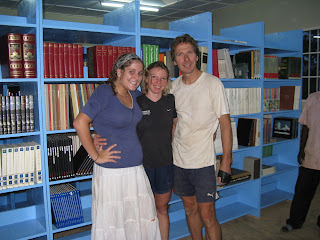 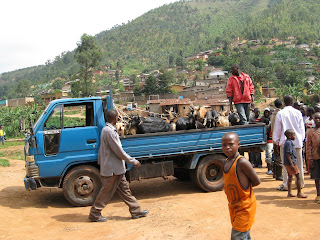 "You never know unless you ask." Those were the words spoken by our friend, Frank Pollari, before he asked Ward and I if we wanted to join him on a missionary trip to Rwanda, a country recovering from the 1994 genocide. The purpose of the mission was to build a library in the new Nu-Vision Missionary High School which was headed by Martin and Evelyn Rusanga. After a couple of hours of contempletion Ward and I gladly accepted.

For 3 weeks we worked side-by-side with Frank, Lacey, Len and Mary, all from Thunder Bay, Canada. Ward and I had the challenge of building and assembling 60 shelving units with 1 inch plywood and flathead screws that would snap in half. During this process Ward started to speak a new language *!?**?! Meanwhile, Frank, Len and Mary worked on assigning dewey decimal numbers to the thousands of books delivered from Thunder Bay. You can challenge Mr. Librarian (Frank) with any topic and I guarantee that he will be able to tell you the dewey number for it. Lacy worked deligently matching books to the science curriculum and designing the lab. After many long days the project was completed. Frank, Ward and I celebrated by drinking some banana beer (it was strong and sweet). Len and Mary stayed in Rwanda to help with the hiring of the school staff and assist in the opening of the school which was scheduled for the beginning of January 2008. Lacy was hired as the science lab teacher and returned to Rwanda after Christmas to start her new job in Kabuga, Africa.

How is Rwanda recovering? They continue to progress and develop. However, they still struggle with an underdeveloped infrastructure. The electriciy and water supply are unpredictable and many roads have not seen a maintainer since 1984 which makes four wheel drive a must. They still have 70% unemployment rate which results in a mass amount of people walking the streets at all hours of the day and night. However, this percentage does not indicate levels of motivation...quite the contrary. The Rwandan people are out at 6:00am standing with shovels or homemade hauling carts...hoping to be hired. Bikes are used as taxis for transportation or to haul food, chickens, wood or charcoal to the market. They carry baskets filled with fruit, water jugs, wood, linen, etc on their heads. They are hardworking substance farmers.

Rwanda is one of the cleanest, friendliest and safest places that we have visited so far on our world trip. It has been a life changing experience. Thanks Frank for asking the question.
Posted by Ward and Jacky's Adventures at 1:14 PM 1 comment: