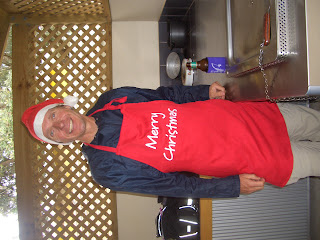 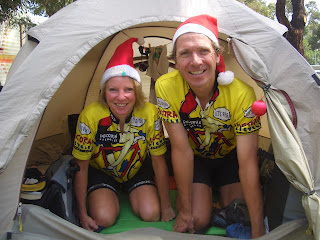 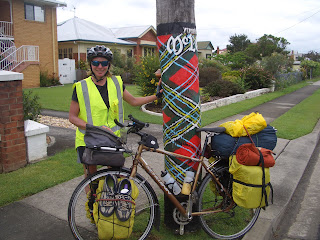 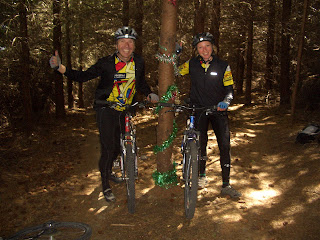 We've been told over and over to go to Tasmania. I remember watching the Tasmanian
Devil on Bugs Bunny but never really thought I'd be going there. Because of this new change of plans we needed to get to Melbourne (1000km south of Sydney) right away. So, we took a bus to Melbourne. We arrived right before Christmas so we spent a few days prior to Christmas biking around the the bay and then spent Christmas at a beach camp ground in Barwon Bay. We were told it would be hopping with campers and beach lovers. We were guaranteed to see santa in a bikini but with temps around 70 degrees, it wasn't going to happen. It turned out to be a quiter Christmas than expected. However, we met some super people and their families camping next to us and we shared Christmas cheer together more than once. It was really nice. We found out the crowd of campers show up on Boxing Day (Dec. 26) which is also a holiday for them and everything is closed. N othing beats being with our own families but this was nice for this year.
Posted by Ward and Jacky's Adventures at 8:51 AM