Hot and Humid Days Ahead in Laos 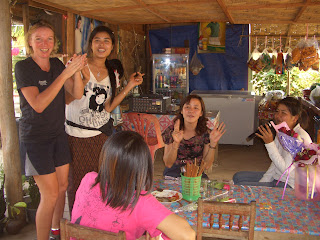 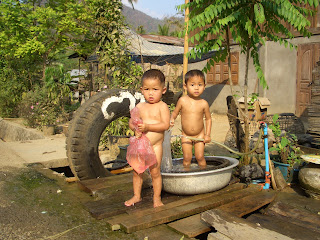 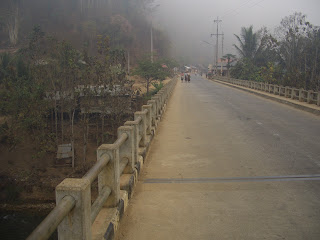 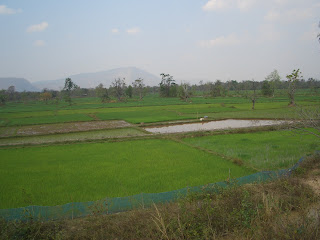 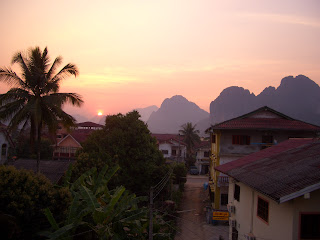 We had gotten used to the 100+ degrees that we had in Cambodia. But, in Laos it was a whole different ball game. Not only did we have extreme heat, we had extreme humidity. This caused us to change our routine and be on the bikes between 6:00-7:00am with hopes of being in the overnight town early afternoon to beat the real intense sun. Drinking 4-6 liters of water (each) per day was not enough to keep us hydrated.

We didn't know what to expect from Laos. What we found was a Communist country that opened up its borders to tourists over the last 10-15 years and has the foresight to see how valuable tourism is for their economy. The people are genuinely kind and courteous and very willing to help you if you have a question. Laos is a very poor country but you feel safe. They don't want any bad press so they have strict laws against asaulting, etc a tourist.

It is a very bicycle friendly country with wide roads and very few cars. Many days we were forced to bike 130-160km to get to a town that had a place to sleep. We don't have a tent with us at this time, but, that wasn't really an option anyways as we did not want to camp in fields for fear of setting off a cluster bomb.

Yes, the war is real here.
Posted by Ward and Jacky's Adventures at 12:42 AM