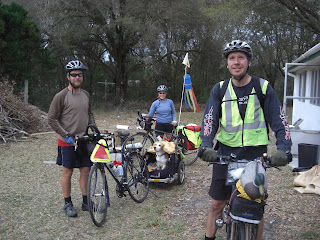 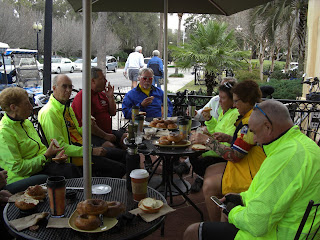 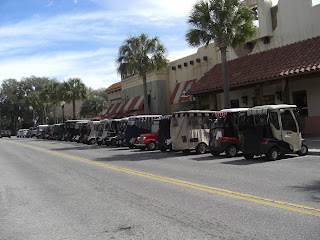 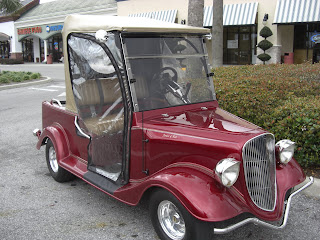 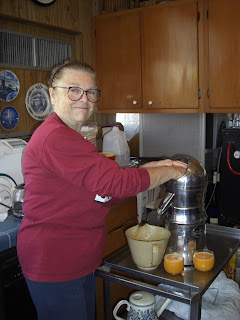 Missy and Scott (Snappy) had cycled down part of the West Coast with us. We met them at a campground in northern California. They make fun of all the stuff that we carry BUT they are pulling their dog in a trailer! They ended their trip in October but decided to get back out on the road and, they too, came to Summerfield. It is so much fun to meet up with these folks again. Kindred spirits.

Adam Biel was a bicyclist that we met when we were crossing from Alaska into the Yukon. He was riding with his friend to raise money and awareness for Autism. We rode with them for a few days and then parted ways. Ward and I headed down the West Coast and he cut over through Canada to the East Coast. It just happened that he was traveling through the Summerfield area while we were there. We had a great time while he stayed with us.

While in Summerfield we biked with the clyclists from the Villages. After each ride we would stop at Paneras. It was always intersting to see all the golf carts in this gated community. I never knew they had so many different designs.

In the lower picture you will see Carol Brown making fresh juice from her orange trees. Ward and I picked them and then helped with the juicing process. Let me tell you there is nothing like the taste of fresh orange juice.
Posted by Ward and Jacky's Adventures at 7:23 PM