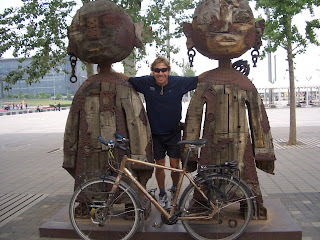 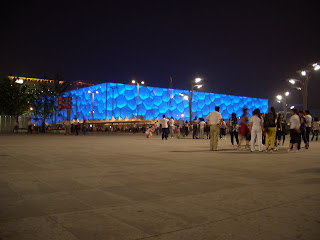 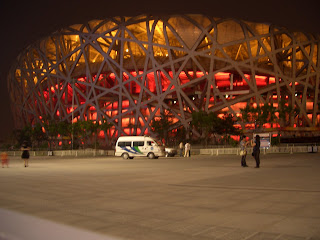 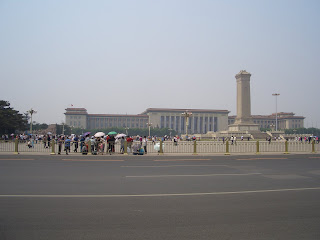 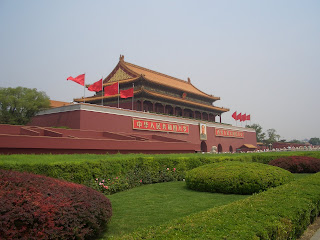 We spent a week or so in Beijing touring the capitol city. We saw the Olympic Stadium, Forbidden city, Tiananmen Square, Llama Temple, and of course...the Great Wall. All the sites were magnificant but the Great Wall was unbelievable. The remote, unbuilt portion that we hiked only brought about 20 tourists our way over the course of 4 hours.

Beijing is a crowded, vibrant city that not only has its tourist restaurants but also its back streets food stands. We frequented our favorite stands daily which normally included some sort of dumpling.

Many of the Beijing roads were very wide or had bike lanes so biking, in that sense, was easy. However, the challenging part came with the traffic laws. Do you obey them....or not, like the rest of the drivers, bikers, walkers, etc.? We quickly learned that you had to bike like "no one sees you"!
Posted by Ward and Jacky's Adventures at 6:51 AM