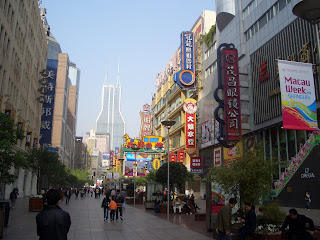 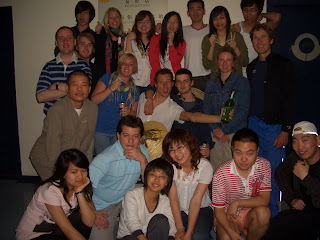 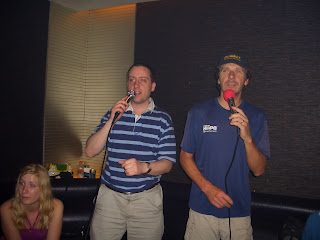 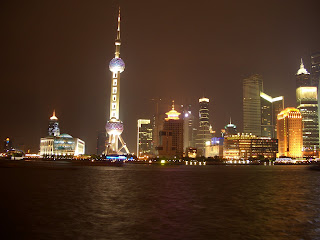 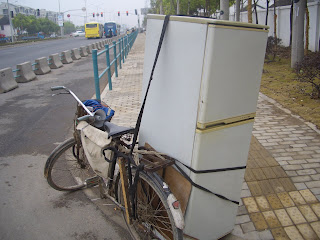 After hiking in the Yellow Mountains (which Ward forgot to mention that we were chased down the hiking path by a bunch of hissing, lunging baboons), we headed into Shanghai. Shanghai's economic development was fascinating. Its amazing how within 10 years they have changed the Bund region from rice paddies to a magnificant show of high rise buildings that put on quite a light show at night. Their vision is to be the world's financial center by 2020.

We were told it would take 2 weeks for my (Jacky's) new passport to get processed (the other one fell apart). During this time we did a loop to Hangzhou and Suzhou, both are Chinese tourist spots with the latter being called, "China's Venice". We returned to Shanghai, toured the city and stayed at the Captan's Hostel.

The Captain's Hostel was a great place to hang out. It had its transient travelers but also its longtermers. Many people stayed there while they taught English or just tried to figure out what direction to go next in their life. It was a magical place and one where we met many long time friends. We've often said that we should start a sitcom, "Captain's Hostel" where only 50% of what you say has to be true. After being away for 2 years it was a welcoming experience.

Notice Ward and our friend Jonathon singing karaoke. My harmonica playing on the street corners wasn't bringing in any money so Ward decided to try his hand at singing. Some call it Chinese torture. We're still eating Ramen noodles.

After seeing the Chinese fellow hauling a refrigerator on his bike, Ward has come up with some new "go green" business ideas. I'm scared to find out what they are.


Now off to Beijing!
Posted by Ward and Jacky's Adventures at 3:13 AM