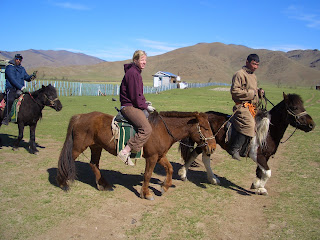 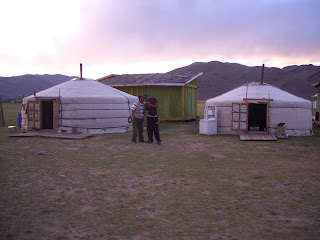 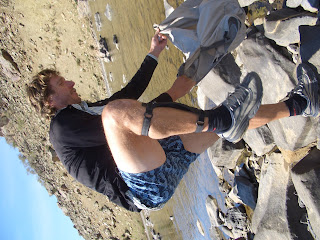 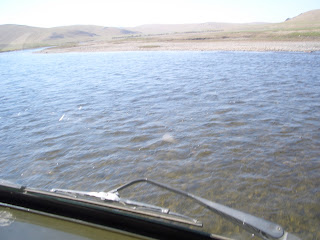 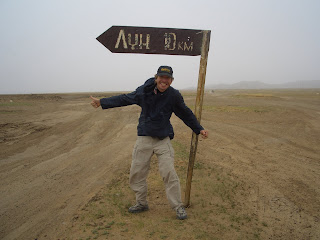 Since we could not move north until Jacky had her passport in hand, we were behind schedule which placed a concern with our visa expiration date. So, to rectify this problem we decided to head up to Mongolia. Why not, it is so close and when else would we go to Mongolia?! This way we could re-enter China for another 60 days if we chose to. We had to go by train because it was still quite far away. In fact, it was a 30 hour train ride one-way.

We had planned on biking but soon found out that the only roads that existed were in the cities. We had to take a jeep tour to be able to see anything. 4 of us (plus driver) traveled through pastures with pathways that resembled cow paths. Most drivers picked their own path... weaving around boulders, driving through rivers, etc. We had wild horses, sheep, and yaks that we constantly had to watch out for. I thought I was on a National Geographic program.

We stayed in gers which is the type of housing style that the nomadic people live in. They provided us supper, a nice place to sleep and breakfast for $3/each. We ate alot of mutton and cultural foods. Fantastic! Much better than the Hilton! We also went horse back riding along with the nomads. We had such a fantastic time.

Description of pictures (not necessarily in the right order):
- the only road sign we saw in the pastures after leaving the city
- Ward getting ready to bathe in the ice cold river (actually we all did).
- crossing the water in the jeep
- the type of housing (gers) that we stayed in.
- our friends horse back riding (we also did it).
Posted by Ward and Jacky's Adventures at 9:21 PM