Orlando - Champs Bowl game and Sea World with the Putnams 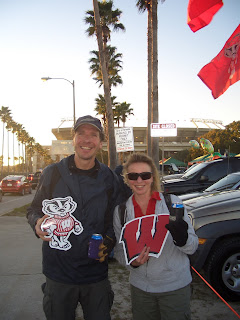 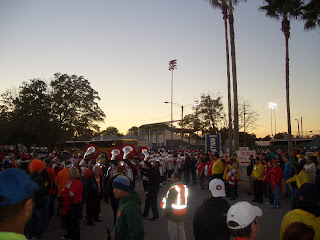 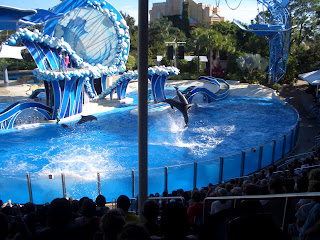 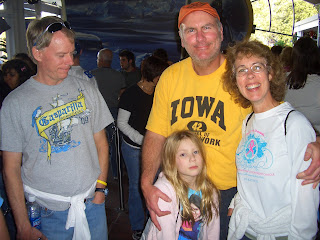 We had planned on meeting the Putnams in Orlando on Dec. 29th. Coincidently, the UW-Madison Badger football team was going to be playing Miami in the Champs Bowl on that same day! What luck. That is my (Jacky)alamater. When we pedalled into Orlando we immediately went to the Citrus Bowl Stadium to check out the tailgating and activity. Fans were grilling, tossing the football and having a great time. It didn't take us but a minute to join in on the fun. It was so nice to talk to people from "home" and get riled up by the UW-Madison band. The night was topped off with a Wisconsin win.

The next day we spent that day at Sea World with the Putnams. We saw many shows and even went on the Mantra ride. This exhilirating ride, that kept me upside down for much of it, was so frightening that I couldn't even scream. I just shut my eyes and held on. But, the best part of Sea World was spending time with Dale and his kids.
Posted by Ward and Jacky's Adventures at 4:00 AM