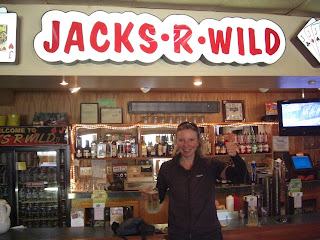 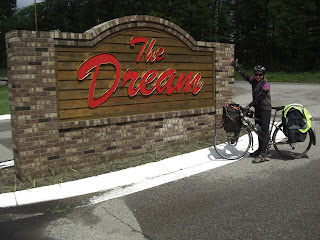 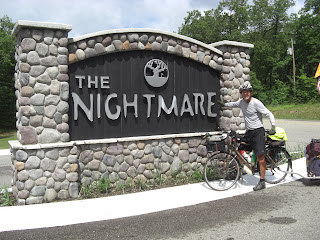 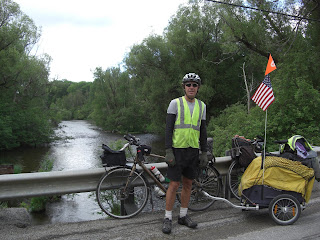 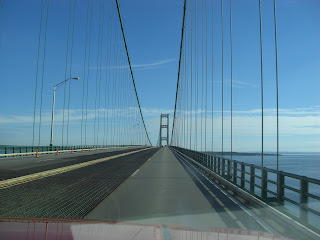 We had a great ride up through MI. We pushed it hard on the nice days so that we could have the flexibility to take off a day that was stormy. We also made sure we allowed a little time to do some re-hydrating. You just have to stop at "Jack's R Wild". Jacky has a bad reputation she has to uphold!

Along the way we passed by many signs and billboards that seemed to tell the story. Yes, this was Jacky's dream. But, sometimes for Ward it was a nightmare! (just kidding).

As we approached Mackinac Bridge, we were informed that they did not allow bicycles to cross it. The prior night we stayed with a Rotarian, Walter, who provided a nice camper for us to stay in. He volunteered to drive us across the bridge. Boy was this appreciated. It made it so much easier for us. As we were crossing the bridge we soon realized why they don't let bicycles cross it. There wasn't any shoulder at all and a lot of construction going on so it was down to 2 lanes. It would have been very dangerous. The bridge is 5 miles long. One time it was so windy that a small car was blown over the side. So, now they have an escort system where someone will drive your car across the bridge for you.
Posted by Ward and Jacky's Adventures at 9:24 AM